In 1998 two webmasters met in Los Angeles and talked about their christian online businesses. After talking for a while, they both came to the conclusion that it was difficult if not impossible to find good reliable web hosting from real people. Three years later in 2001, they partnered up to started Christian Web Hosting in hopes of offering a stable christian web hosting service with personal support and transparency. In 2003 Christian-Website-Hosting was out of the red and finally making a small profit. By not over extending themselves and focusing on steady moderate growth they got an amazing word of mouth push. This allowed Christian Web Hosting in 2006 to be part owner of a data center in downtown LA. Having a cutting edge data center at their finger tips gave them a ton of freedom to experiment with server and network configurations. This led to getting their first award for fastest christian web hosting in 2006 by Netsol. In 2012 they changed their name from Christian-Website-Hosting to Christian Web Hosting and shortly after got their second (mostly solar powered) data center in Las Vegas. Now with over 50,000 customers, two data centers, and well over a million domains, Christian Web Hosting has cemented their place as one of the top, if not the best web hosting service available.

Simply put we are hard working people. Even after 15 years, the owners work almost each day to make sure you get the best christian web hosting possible. Our personal customer service and tech teams will help you with anything you need via chat, phone, email, or support tickets. Some of our techs have been working here helping people like you since we started in 2001. When you add the hard work and constant upgrades in pursuit of the fastest and best christian web hosting you get a perfect solution for your christian website. No christian hosting company can match the quality you get for the price.

HOW IS OUR CHRISTIAN WEB HOSTING SO MUCH FASTER?

Most of our competitors still use old hardware that can slow down your website. This can cost you customers and search engine rankings. You should see some of these data centers of web hosts that are considered “the biggest or best”. Some of the places use old dusty desktop computers. We only use new enterprise grade Intel hardware and the fastest global networks. We also donate the old hardware to schools and people that might not be able to afford a computer. It’s a constant circle to find the latest and best hardware to replace older servers to be donated. Most of our customers that come from other web hosts see traffic increases right away.

WHAT DOES IT MEAN THAT YOU RUN LOW LOAD SERVERS?

We limit the amount of accounts on each server to about three hundred websites at a time. Our competitors (like the ones you see on TV) host thousands of websites per server. These over-sold hosts have slow downs that you probably wouldn’t even notice. The big issue is your visitors probably will, and so will the search engines. While you are sleeping, these over-sold hosts are costing you customers, return visitors, and maybe being spidered by major search engines.

A LITTLE BIT ABOUT OUR NETWORK.

Our network is not like most networks. We have redundancy like most big hosts but we also have a lower performance drop-off fully automated from our in-house software. This means when networks (bandwidth providers) stop performing at the best levels, it informs us and we replace it with a new faster network. Because we are in the third largest data facility in the world, we have the luxury to be picky about what bandwidth providers we keep. Basically If one network routinely spikes at lower levels it gets the boot. After 10 years of removing low performing networks and adding newer better performing ones, we have compiled one of the best global networks in the world. In fact our network is faster than 92% of the entire internet according to Alexa and rated even faster by many others. This is more than 200% times faster than our main web hosting competitors. Feel safe knowing your customers will be happy with a reliable fast connection that we guarantee is running 99.99% of the time.

Slow loading or web pages that sometimes do not load at all, can cause your visitors to leave and not come back! At Christian Web Hosting we have true redundant tier 1 global bandwidth and redundant global DNS that provide some of the top website loading speeds and uptime reliability available on the Internet.

The majority of our servers are hosted in our premium data center in downtown LA. This facility is directly connected to the third largest Network Hub in the world. Currently there is a full 6000 Mps (6GiG-E connections) supplying our Data Center. In OC fiber line terms that is close to 7 OC-12 lines and 3 OC-3 lines. The data center has connections to the best Internet backbones including Verizon, Internap, Level3, Global Crossing, and much more. By connecting to multiple tier 1 backbones, the data can be distributed through many sources globally. We also share Data Center space in Las Vegas, Phoenix, Canada, New York, Europe, Australia, and Texas for our round robin DNS cluster.

We’ll be rebuilding the site over the next couple weeks, so please be patient. For now you can simply head over to our main web hosting service Web Host Pro. Don’t worry, they have been hosting christian websites since 2001! 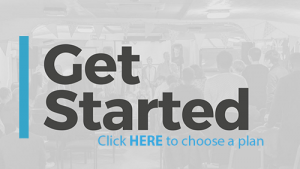